The Langham, Sydney reveals the face of modern luxury

The Langham, Sydney reveals the face of modern luxury 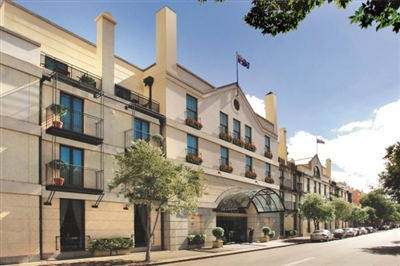 After an incredible redevelopment process, The Langham, Sydney has officially revealed what Australia's newest and most exclusive five star hotel looks like post its multi-million dollar redesign.

The internationally designed five-star hotel which has long been a secret haven for A-Listers, supermodels and royalty, is now completely transformed as the newest hotel under the Hong Kong based Langham Hospitality Group's portfolio.
Langham Hospitality Group purchased The Langham, Sydney [previously The Observatory Hotel] in 2012 from Orient Express and rebranded in the same year before confirming redesign plans in 2014. This anticipated redevelopment was executed in four short months - one of the country's slickest, fastest hotel development projects to date.

Comprising of 98 lavish rooms and suites, The Langham, Sydney embodies modern luxury and lavish elegance. From the stunning Grand Langham room - the largest standard room in Sydney, to the two or three bedroom Residence Suite with private chef's kitchenette, to the opulent riches of The Observatory Suite, every room boasts impeccable design, quality finishes and attention to detail.

One of Sydney's most famous spa facilities, The Day Spa, located at the hotel has received a multi-million dollar re-design of its own.  The famous star dazzled pool, recently voted Sydney's #1 Hotel Pool by Wotif travellers, remains intact, being the only element of the hotel that was not changed.


Updated 20/03/14.
Keep in touch with Us
Stay where you are we’ll push the news to you
SUBSCRIBE NOW